TAGS Security X-RAY
THE CHALLENGE OF DETECTING AN IED
20, December 2020 As IEDs can be composed of a huge range of different components, and their appearance is often well concealed, it is much harder for them to be identified by sight. Vidisco’s portable X-ray solutions allow a bomb squad to detect all three types of IED, regardless of how the device is made.
Daniel A. Lageman, EOD Expert, Vidisco USA Inc. 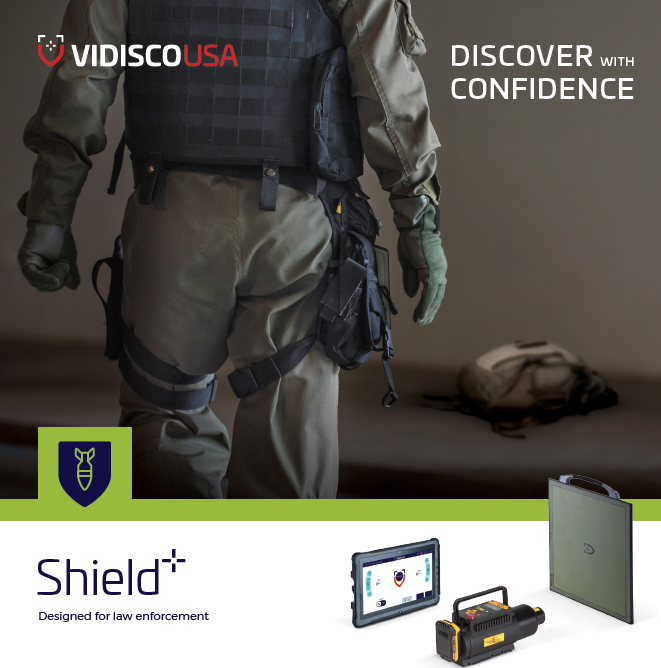 THE THREE TYPES OF IEDs
There are three categories of IED, based on the way they are detonated:

An IED in this category utilizes a ‘time switch’ – a device which creates a countdown until detonation. This could involve the use of a simple solution, such as a mechanical or digital clock. In more creative cases, an imaginative bomber could use an unusual method, such as two electrical contacts separated by ice, which will melt, leading to the contacts touching and the bomb exploding.

These IEDs are operated by the bomber. They can be either tethered, or non-tethered. A tethered IED has a physical connection to the bomber – this could be a simple household object like the cord of a lamp, a fishing wire, or another kind of pull string. A non-tethered connection is remoted controlled, also known as an RCIED (remote-controlled improvised explosive device). The bomber could use a cell phone, Wi-Fi connection, cordless phone, key fob, or any other similar device.

The most common of the IED types, a victim-operated bomb is designed to explode when activated by the victim. Once again, creativity is the limit here, and many unconventional components may be used to trigger detonation. Suspicious findings may include a micro switch, pressure switch, trip line, or passive infrared sensor (PIR).
EXPLORING IED EXAMPLES
The following example is one that was successfully detected using a Vidisco portable X-ray system. This setup, as shown in the first image, is comprised of the two IEDs, both embedded in the same slider car door.

The first IED is a remote-controlled (RCIED) pipe bomb, with two butane bottles and a single 9V power source. The initiator is difficult to see, as it is an electric match located inside the cap of the pipe bomb. The second IED is a ‘time’ IED, utilizing an ordinary fire extinguisher which has been cut in half, and using a digital timer a switch. The power source for the device is four AA batteries. The bomb contains a quantity of C-4 explosive, with a single blasting cap as the initiator.

The Vidisco X-ray system also captured two additional images, showing the front and side view of the remote-controlled IED, which can be seen below. Thanks to the high-quality X-ray images, it’s easy to identify the threat. As the X-ray system is highly portable, and safe for use in public areas, it is suitable for deployment in situations where threats must be discovered and contained both quickly and safely.